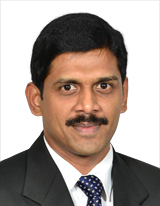 His areas of research interest are history of higher education in India, digital classroom, Konkani literature, university education in English and Media, and self-translations. Dr. Anil also havs experimented with integrating digital technologies into higher education classrooms with the help of students. 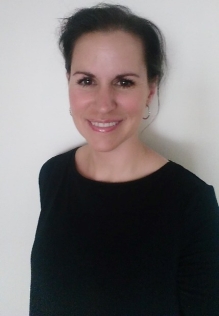 Dr. Ruth Habenberger earned her double degree in 1998 (BA in Leisure and Tourism Management) from the University of North London and the Université de Haute Savoie in the French Alps. Subsequent professional work included the environments of service management and production industry positions in Germany, England and France. Each required not only excellent linguistic skills and project management expertise, but intercultural communication and relationship abilities.
In positions with the  University Catholique de l’Ouest since 2009, she also obtained a Master in Applied Languages, Intercultural Communication and Business Strategy in 2015. She has lived in Angers, France since 1999 and has a 14-year-old daughter. 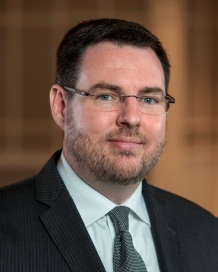 Elijah Brown, originally from the state of Texas, assumed the position of general secretary January 1, 2018. Brown had more than a decade long involvement in the international umbrella organization for Baptists before joining its staff, starting in 2005. He was executive vice president of the 21st Century Wilberforce Initiative and was previously associate professor of Religion at East Texas Baptist University where he was founding director of the Freedom Center. 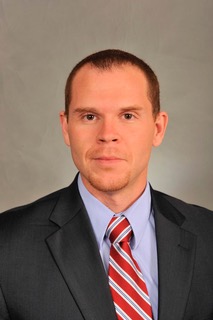 Dr. Norris Ham has over eight years of professional experience as a teacher and school administrator. He holds a Bachelor’s degree in Education, a Master’s degree in International Negotiation and Dispute Resolution, and a JD from Notre Dame.

Dr. Norris has over five years of experience living and working abroad in Cairo, Egypt. Before serving as the High School Principal, Dr. Norris served as the Middle School Principal of the American International School at Cairo, Eypt, leading the school through reaccreditation and compliance processes; authoring new curricula and overseeing their adoption. 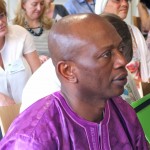 Salifu was born and brought up in the Gambia. He studied and received his university education in the UK. Salifu is a registered mental health nurse and holds a diploma in nursing, Bsc Nursing and Msc Health Sciences. He is registered with Manchester Metropilitan University initially for a Master of Philopsophy with a view to work towards a Phd in health and social care.

Salifu is also the Director of Mobee a mental health NGO based in Gambia. In association with the Ministry of Health and Social Welfare Mobee support workers are now working alongside ministry of health staff to support both inpatient and community mental health services in the West Coast Region. The national country mental health coordinator and his directorate are supportive of Mobee work. Mobee also works in partnership with UK charities to fund study tours. Mobee and AFG have worked in partnership to successfully deliver 3 study tours to the Gambia to enhance staff skills and knowledge in self- leadership and personal development. 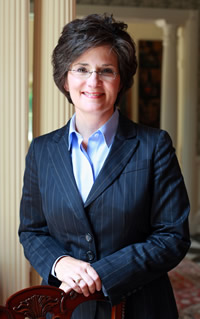 Dr. Jeanna Westmoreland has been Samford University’s first lady since June 1, 2006, when her husband, Andy, became Samford’s 18th president. Dr. Westmoreland serves as executive director of the Legacy League, a volunteer organization that promotes advocacy for the university and raises scholarship funds.  She also serves as a member and president of the Women’s Committee of 100 for Birmingham and gives of her time to numerous charitable organizations in Alabama and beyond.

Prior to coming to Samford, Dr. Westmoreland served in Arkansas as the dean of the Huckabee School of Education at Ouachita Baptist University. Her career in education included service as a faculty member at Ouachita and a decade as a public school teacher and administrator.  From 2003 until 2006 she was a member of the Board of Education for the State of Arkansas, including a term as chair.  She has received awards from state, national and international organizations in honor of her service to the field of education. Dr. Westmoreland’s undergraduate degree is from Ouachita and her masters and doctoral degrees are from the University of Arkansas at Little Rock.

C. Scott Bickel is Professor and Director of Scholarship and Service in the Department of Physical Therapy within the School of Health Professions at Samford University in Birmingham, Alabama. His research and teaching are both in the areas of skeletal muscle physiology, exercise, and neuromuscular electrical stimulation, as they all relate to people with physical disabilities.

He has authored over 50 peer-reviewed scientific articles and book chapters and given more than 100 scientific presentations at local, national and international meetings. Bickel has spent significant time in China teaching and training rehabilitation professionals.

Mr. Watson has served as the General Counsel for Samford University since February 2015. Before coming to Samford in that position, he served as a member of the university’s Board of Trustees, including four terms as the Chairman of the Board. Mr. Watson was formerly a partner in the Birmingham-based law firm of Balch & Bingham LLP.  While in private practice, his areas of concentration included corporate law, real estate, mergers and acquisitions, business reorganizations and banking.

Watson holds a B.S. degree from the Harrison School of Pharmacy of Auburn University, an M.A. in Christian Studies from Southeastern Baptist Theological Seminary, and a J.D. magna cum laude from the Cumberland School of Law of Samford University. Upon completion of law school, he served as law clerk for the Honorable James H. Hancock in the United States District Court for the Northern District of Alabama. Mr. Watson is a member of Rotary Club of Birmingham and the Beeson School of Divinity Advisory Board. He is also an active participant in the National Association of College and University Lawyers (NACUA) and an adjunct instructor for the Cumberland School of Law.

Along with his wife Debbie, the Watsons have two daughters, two sons-in-law and five grandchildren.

Anne Lucas graduate is a graduate of Samford University. She grew up the daughter of missionary parents in Nigeria, West Africa. During her career she worked with Ernst & Young and IBM as a management consultant, and she also worked with IBM in marketing, sales and customer relationships.

In 2008, Mrs. Lucas joined e3 Partners Ministry working to expand the overall strategy and ministry through medical mission work. She was named Director of Medical in 2010. In 2013 she accepted additional responsibility for short term trip mobilization and policies in addition to the medical strategy.

In 2009, Mrs. Lucas began working with Samford University’s Ida V Moffett School of Nursing to provide ways in which nursing students and faculty could serve on mission trips as part of their educational experience.

Dr. Holloway’s research interests include services marketing, consumer behavior and reputation management. Since entering higher education she has published more than 65 peer-reviewed academic articles, book chapters, and conference proceedings and she regularly presents her research and lectures in the U.S. and abroad. She served previously as a Visiting Professor at Kiev Business School, University of Jordan, and Beijing Institute of Technology. Holloway is the past president (2010-2012) of Omicron Delta Kappa national leadership honor society, which operates on more than 300 college and university campuses today. She is an active member of the American Marketing Association, the Academy of Marketing Science, and the Society for Marketing Advances, and she has served on the editorial review boards of two academic journals, Journal of Marketing Theory and Practice and Services Marketing Quarterly.

Prior to her academic career, Dr. Holloway worked and lived in Japan and was employed by a global pharmaceutical firm, Scandipharm Inc. (now Aptalis Pharma Inc.). She most recently served as the company’s director of international business development and managed global offices in Argentina, Denmark, Switzerland and the United Kingdom.